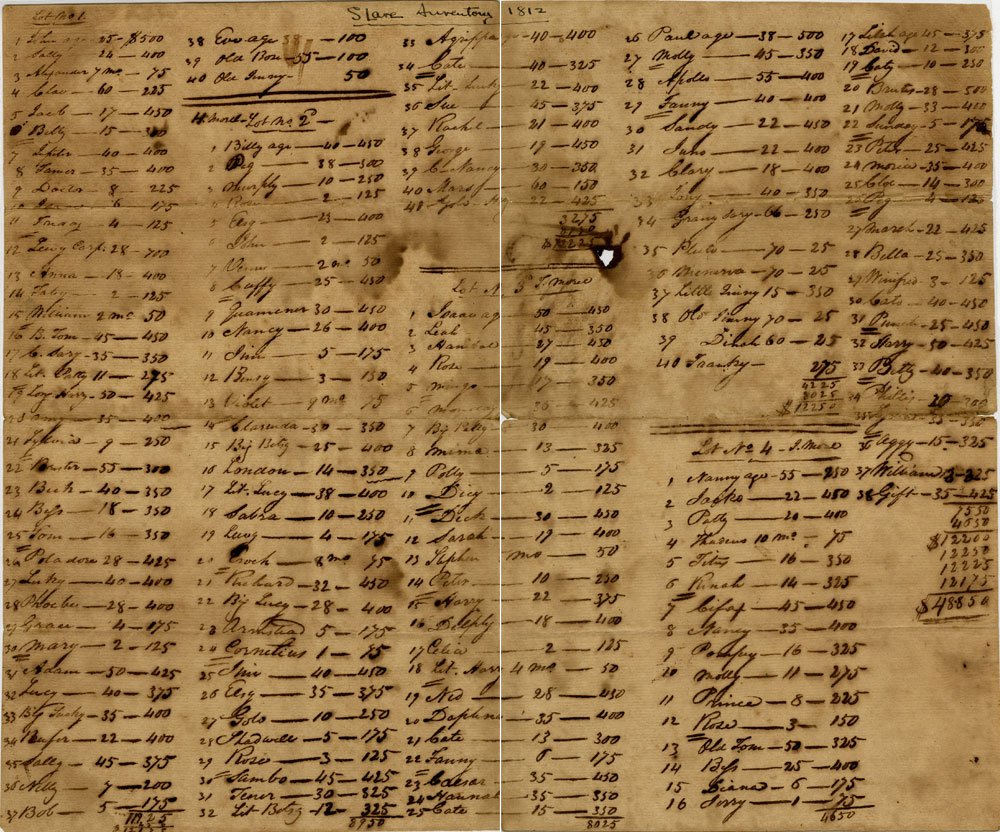 The map in this gallery was produced in 1861 and shows the distribution of slaves in the South. The numbers in each county represent the percentage of that county’s population that are slaves.