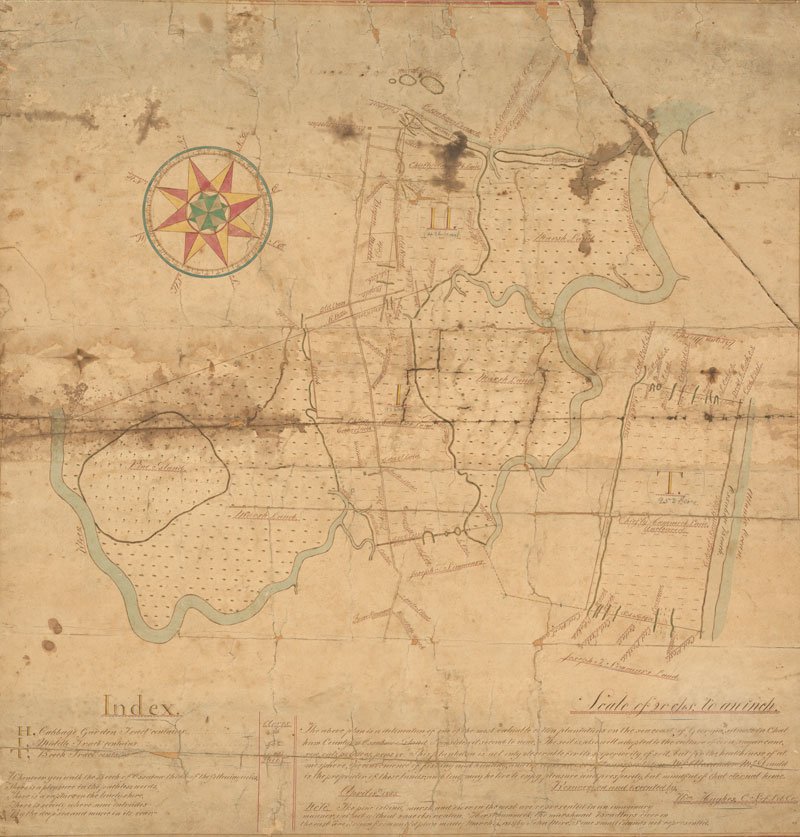 Description:
On April 15, 1855, William Hughes submitted this survey of Alexander McDonald’s lands on Ossabaw Island. William Hughes was the official surveyor for Liberty County. In 1855, just six years before the Civil War there were three working plantations on Ossabaw Island, each with sixty-plus slaves.Did you know that George Washington was a surveyor and mapmaker? Surveys like this one were important for establishing property lines, keeping record of land ownership, and determining how to best use land. Historians use maps and surveys from the past to see who owned land and how that land was used. Archeologists can use surveys and maps to help decide where to focus their archaeological digs.